NEW! You can now get the game on the App Store and play on your iPad/iPhone! Get it here! The game is also out on Steam and Google Play, see below! These versions have many extra features.

The Final Earth 2 is a futuristic colony management game.

The earth is unlivable, so you decide to create a space colony. Gather resources, then build and research your way to a better future! Make your city grow from a single exploration ship to a huge metropolis, full of advanced technology. Fly to other worlds with space ships, or even build teleporters.

What will you build? If you build a really cool city, feel free to link to a screenshot in the comments!

You can now join my Discord, too! Share your cities, ask quick questions and talk to other players! See the link in the main menu.

You can also play the game on iOS, Android and Steam, with brand new features! 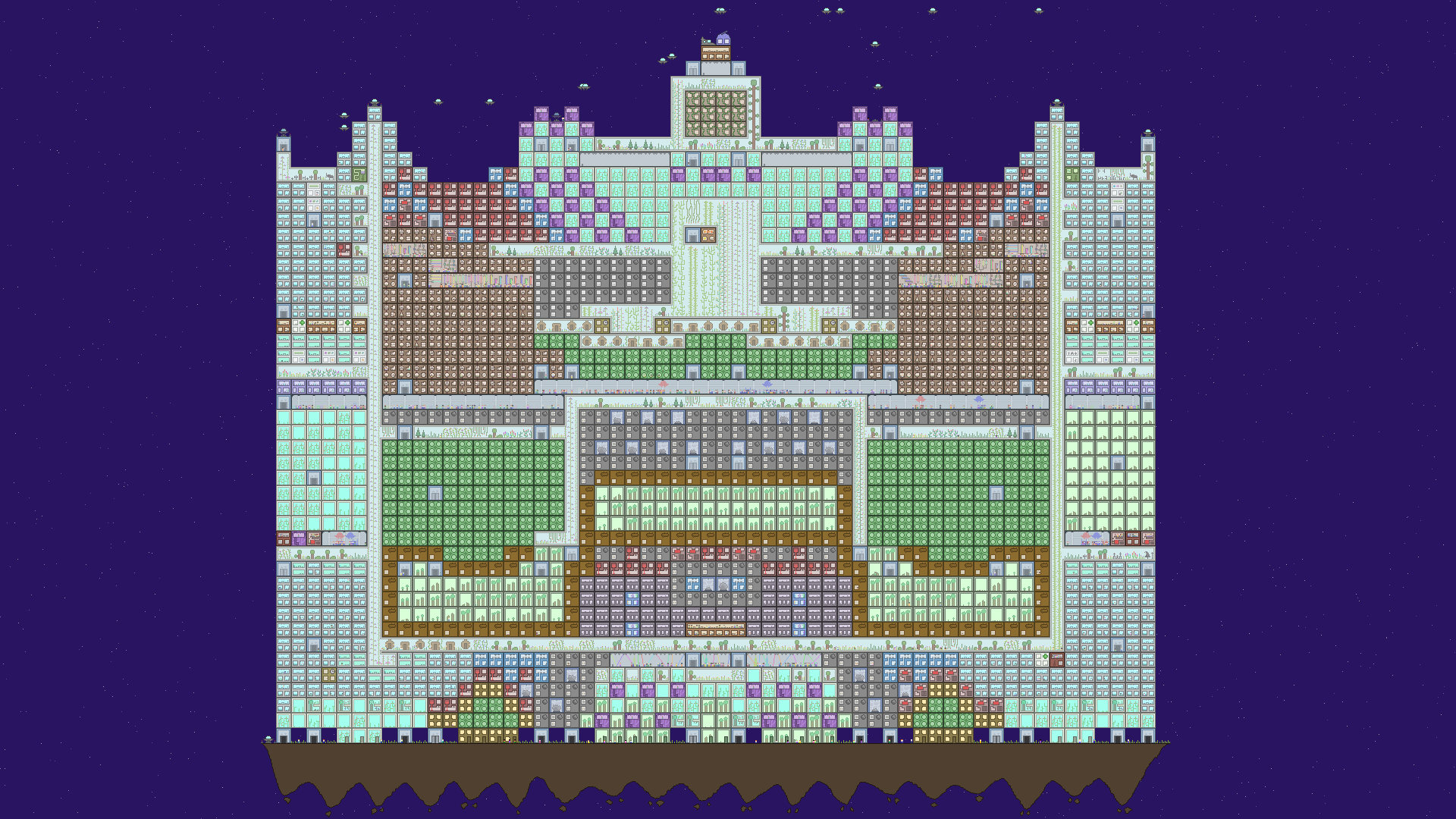 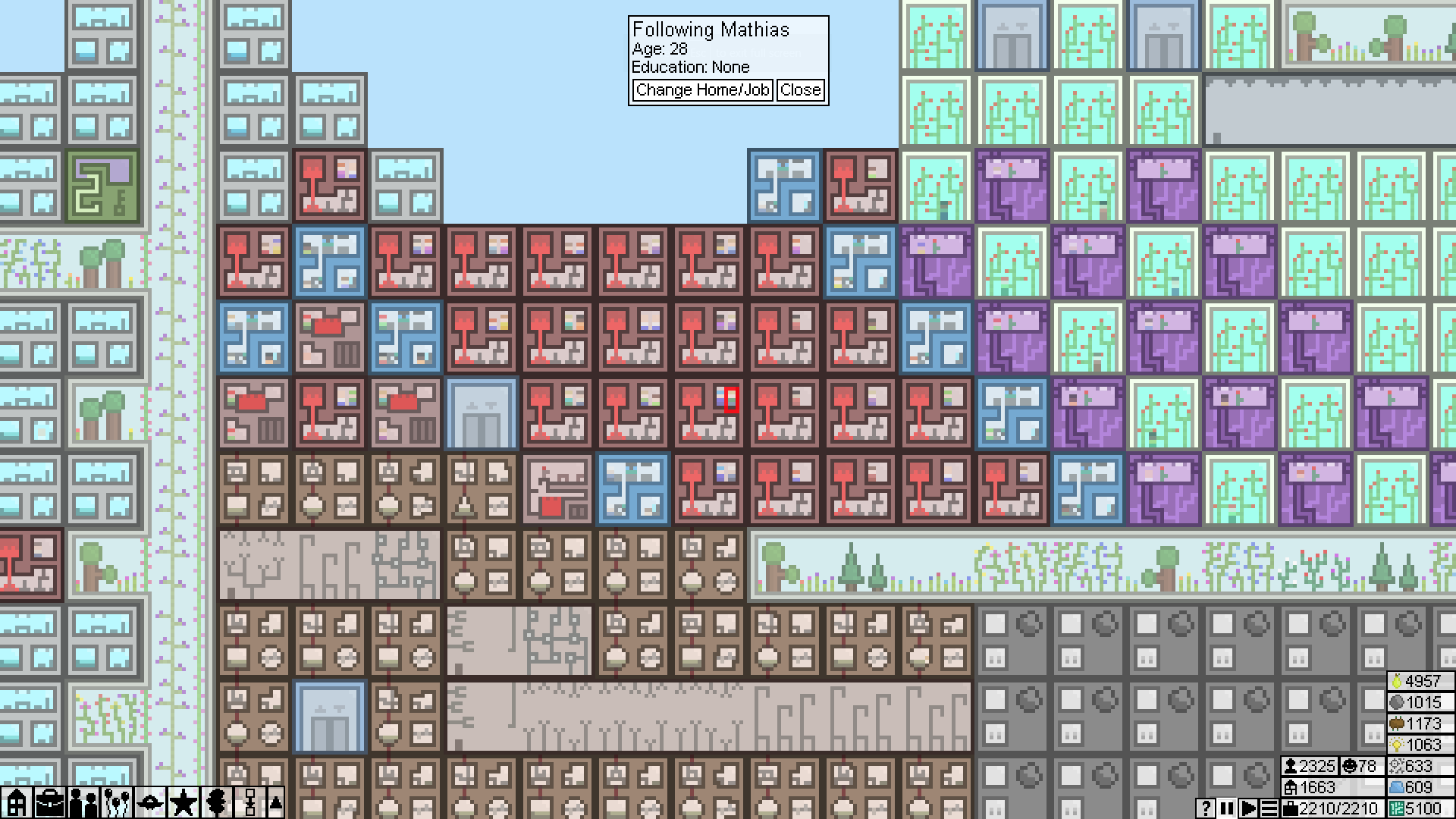 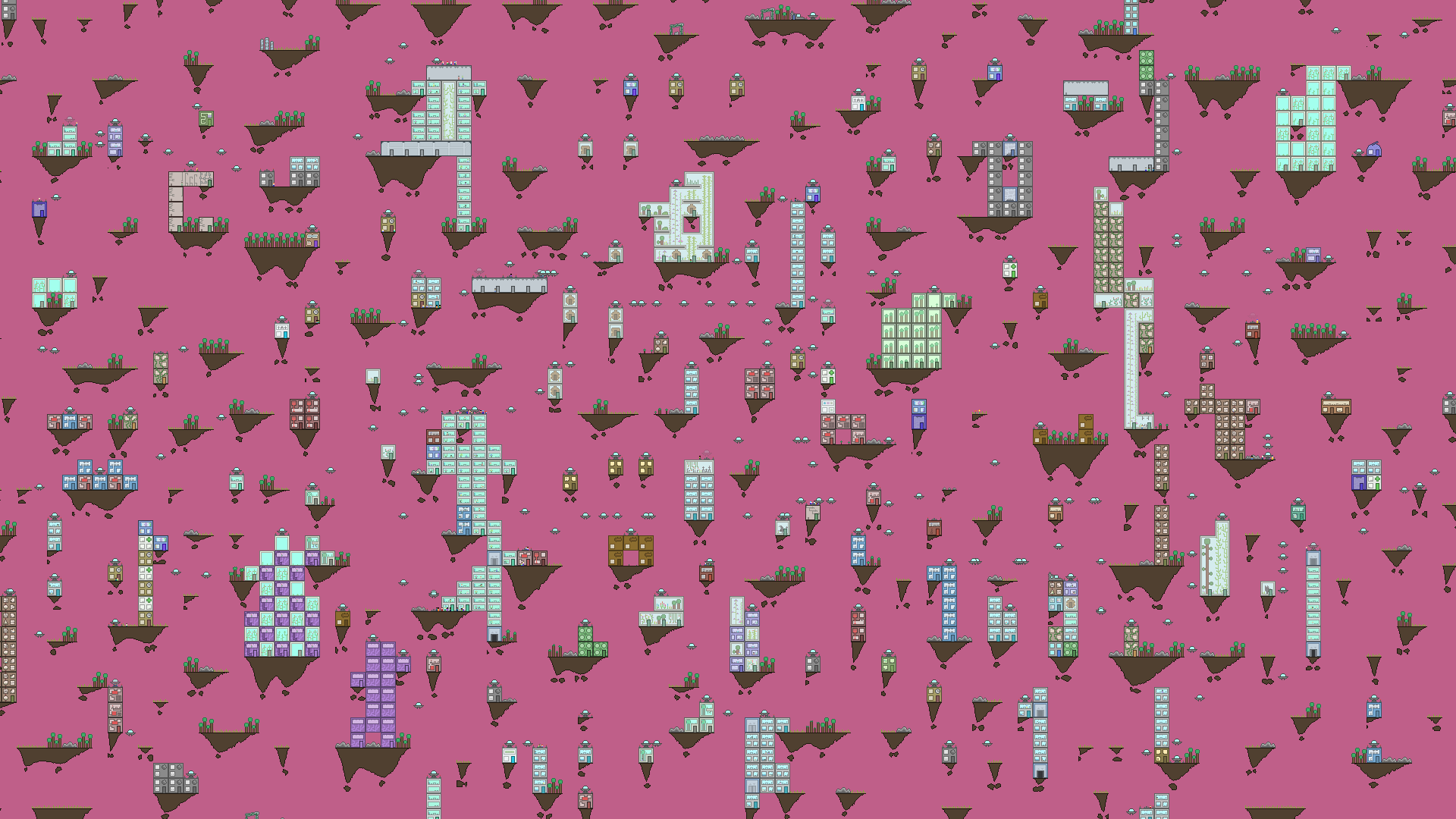 I have been following Hedwig since he was 3 years old and now he's 27 and just went to the N club for the first time :) :0

It is amazing. Thank you for making it available on here for free as I am no longer able to use steam.

I have played this through so many times and although I don't have access to my old saves on my new mac, this is still one of my all-time favorite games. The only problem I ever have is that sometimes I get attached to a specific citizen and I just watch them age too long and I can't save them and now I'm sad

4 ish Hours in And This Is What I got 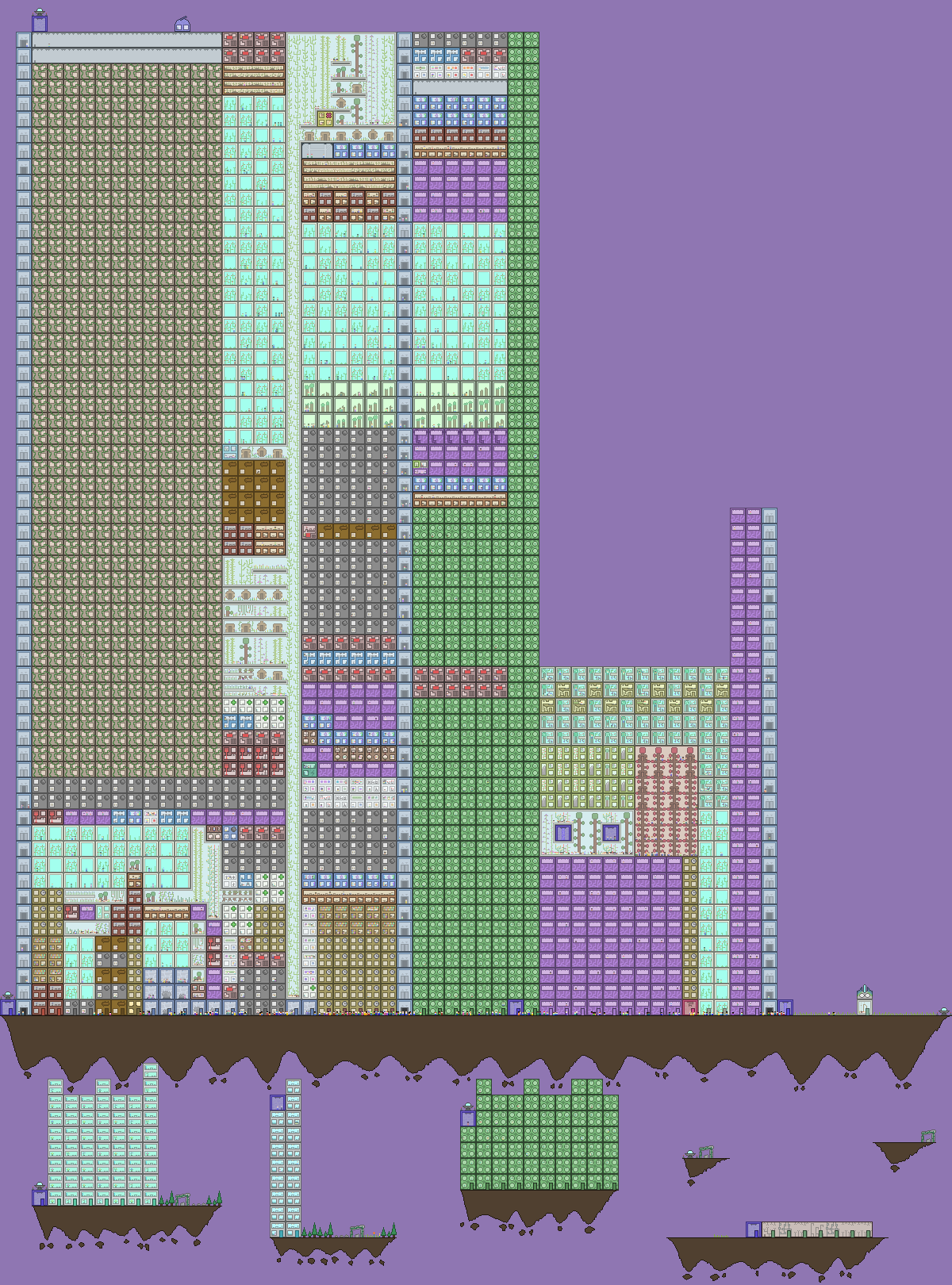 Slight Update Not By Much Though 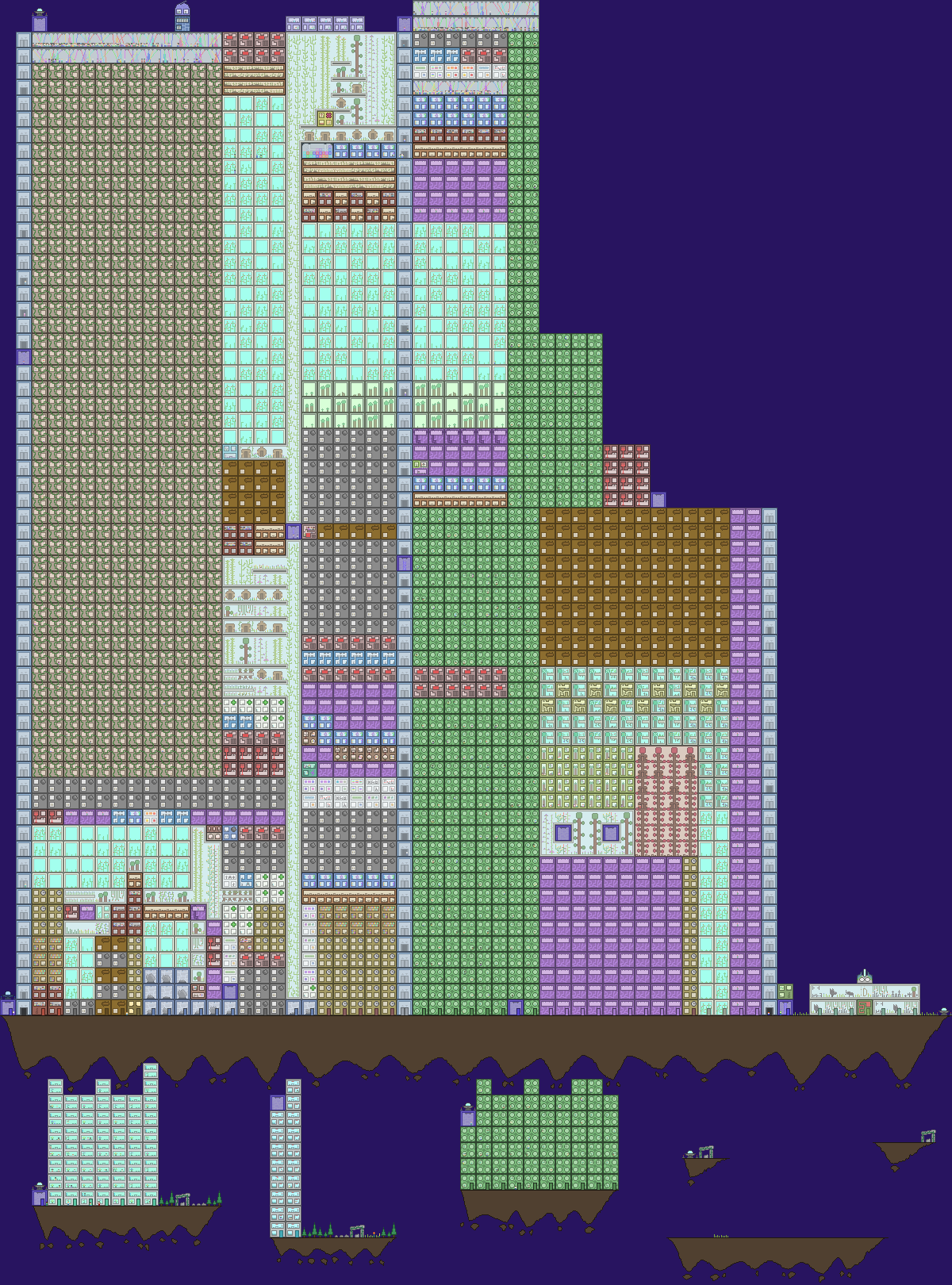 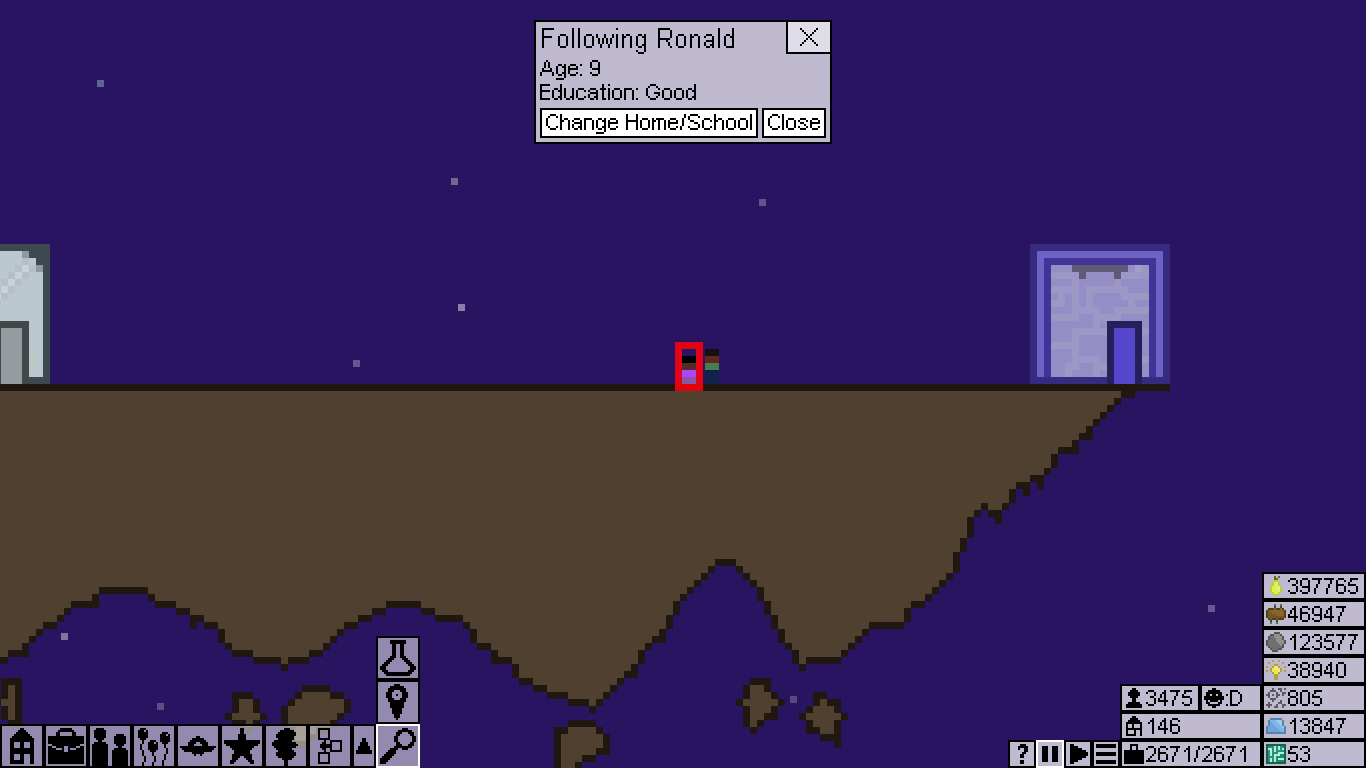 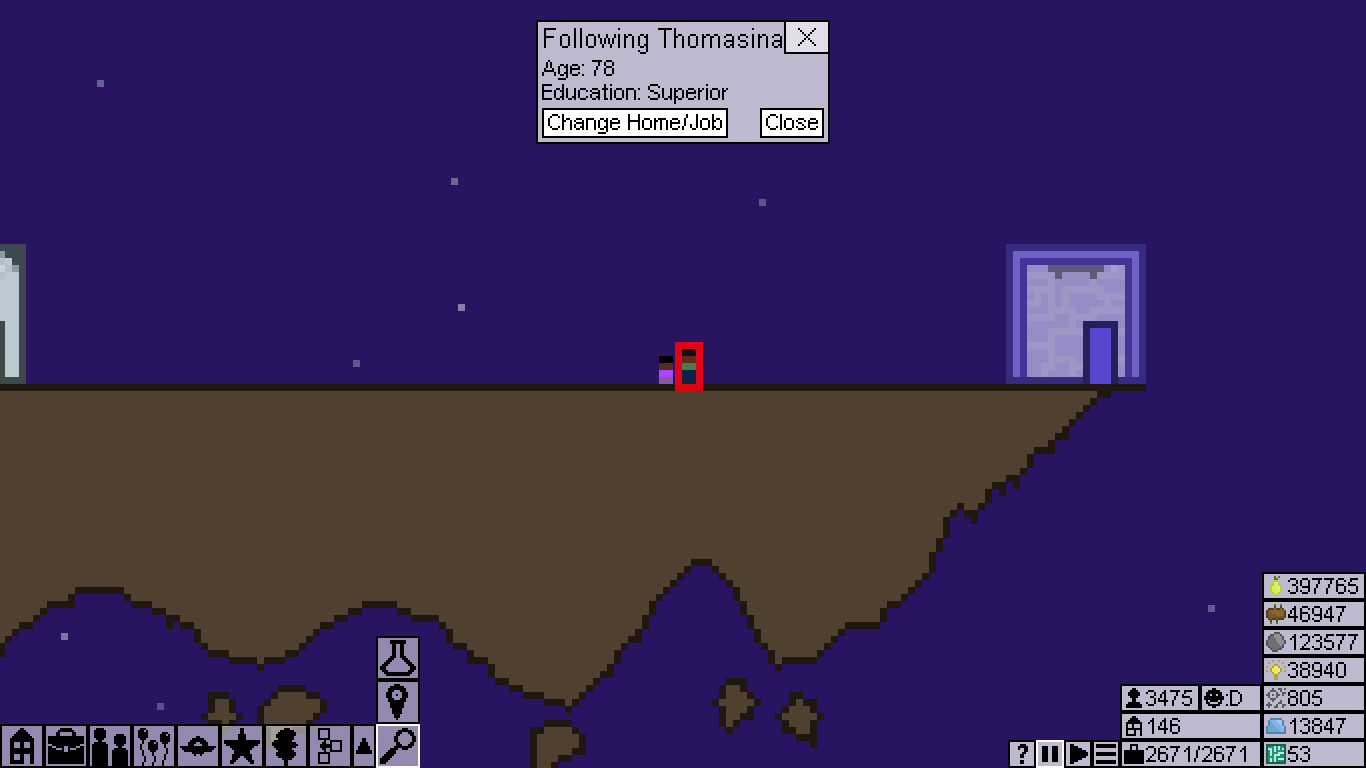 I don't understand how you guys build some of the stuff you do, I've been playing this game everyday this week and hardly have anything done

"Follow citizen" ... I followed Emili, 86-years-old. She spent most of her time at the nightclub.

can you make a glue factory? it would use wood, and you can glue buildings onto the sides of another building, so you can build into space.

maybe you can add raiding aliens too. and have a big vault(unique) with like 2000 food storage in case of catastrophes or something like that 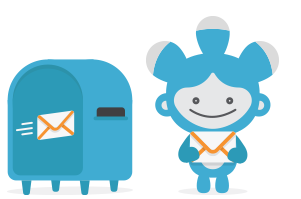 when will the final earth 3 come out?

I owe a ton of screenshots, so I'll come back withe edits. Mostly: the way the cubes stack and combine is genius. There are hidden variants, different combinations among building types ... [spoiler] the time it took me to realize the blossoms went together was ouch but building them was fun.

If you build a tall tree, they creep up and down on the trunk. It's fantastic.

The flaw is not so much with *this* game, but this genre of game is built on formulas from a capitalist fever dream. The language that working-aged people without designated jobs are unfulfilled is telling! This site is full of people programming games and assets for fun; are they unfulfilled?

Not to mention, where are the janitorial jobs? Other games have those. Where's sanitation and toilets? That too, well, stinks of classism. Again, that's not a deliberate ploy or something, that's just how the formulas were set up since the Sims days.

The parks, gardens, and other public spaces not having superintendents: also classist. Who's maintaining the elevators? Piloting?? Somebody does it, as long as it's not me... "unskilled" labor doesn't seem real, right? If the answer is robots, trust me robotics industry will tell you someone always has to be employed to Fix The Robots. I understand that the game has to scale up from the ground, but maybe an upgrade that adds maintenance? Also, if having a little dude hang out constantly ruins the aesthetic, then assign them shorter hours, so you'll have the open space for great screengrabs. If you really, really need that Holoroom to be unmanned, at least consider ... a tech support division?

That's the biggest imbalance in the game. I only now got to 97% employment rate after like 700 years, and that's adding a whole lot of blocks that didn't contribute back into the system. If just the restaurants employed 3 people - front of house, service, back of house, that would've solved everything and allowed me my design as well.

Last but not least the art is sublime. love it.

So yeah decided to play this again and decided that autoclick helps a lot when you want to nuke your city while keeping your resources. Yeah it lags a lot but still fun to play

Karl Marx be like: UTOPIA UNLOCKED.
Reply
baylen3077 days ago

I think you should add an crime and police system

I really really like this game. My one note is I wish there were more groups to give missions.

Like all commenters, I have some modest unsolicited suggestions.

What about a stargazing club that wants you to build a planetarium and unlocks a rooftop house with a glass ceiling?

Or a historical society that wants you to build a museum and various replicas of things?

Or a worker's union that wants you to unlock and implement weekends, sick leave, and shorter workdays?

Maybe an animal rights group that wants you to clone and humanely house extinct animals? (could be a way to emphasize your message about elephants and expand it to other animals as well)

I also really appreciate your elephant message by the way. I think games are an important tool in educating people about animals like elephants and orca that they might not be able to see in person.

game does not open in a computer

I think it would be better if the "Hacking Alien Tech" Scenario was a bit longer and had more features, like discovering stuff after you built the Alien Decryptor or something. Just a suggestion.

i have 0 rocks and i cant find any whyyy.

That's because you used up all the disponible rock on the world. If you haven't built a rock teleporter yet, you're stuck, the only solution is to restart the scenario :(

you can sell your buildings for resources

i actually like this game. it has effort and care put into it. that's a lot better than the friday night funkin stuff on itch.io

I wish I could put tress onto of building. I mean, like a open roof park. Like the observatory, only on roofs or floors.

I tried my best

man you got the stendo' nightclub

just curious, how many botanical gardens did you stack at the top?

My progress from after winning 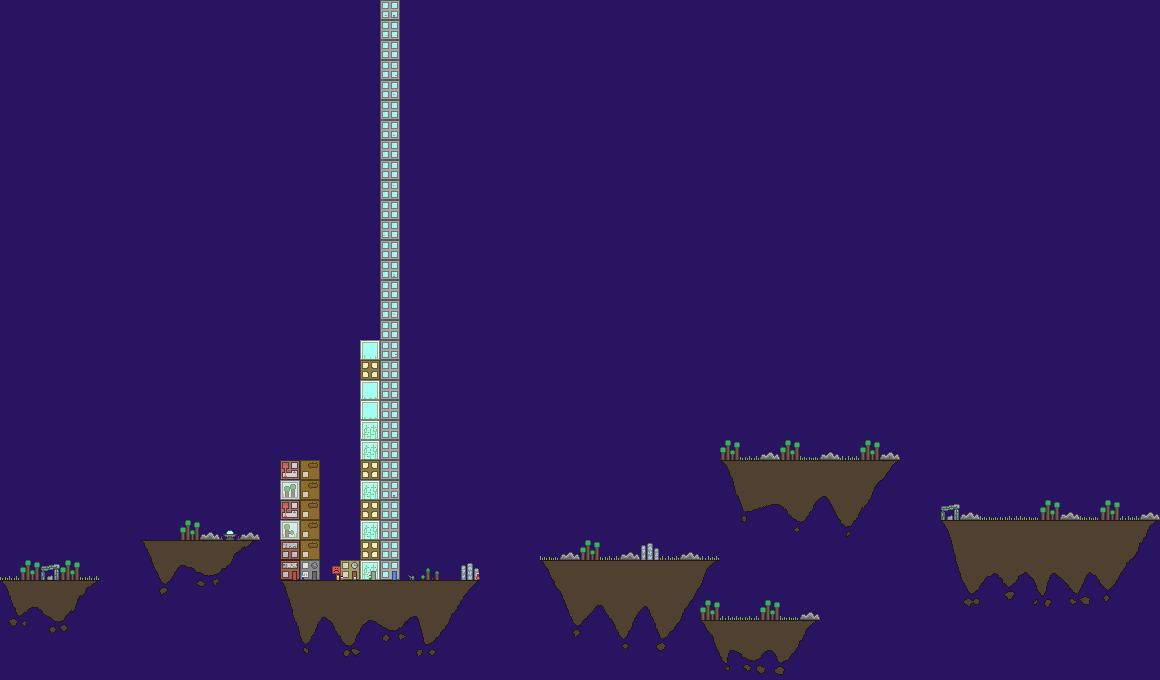 how do i launch the game?

Reply
ebjs1313136 days ago
I'm locked, no rocks on my island and not enough wood or parts for a rock tp
Reply
puppyDawg58 days ago

if you don't have any rocks on your 'inventory', then you should quit 'cause you can't build anything. but you could build a tree plantation (20 stone). also you can buy forests in 'decorations'. but if you do buy forests (20 wood), you should make sure they are on the 'cut down and regrow' setting so you can keep the forest alive for more wood. i usually protect a few forests at the beginning so i can change the setting if I have no more forests or plantations left for some reason.

anyone know a good way to get 1000 knowledge?

also what u guys think?

experimental labs if you can, otherwise lab spam does the trick

FInished the game with 2500 people happiness :xD and every building in the whole final earth

need help, I keep forgetting what i have to do first befor i can unlock experimentation labs.
I just started a new save and want them early game :) 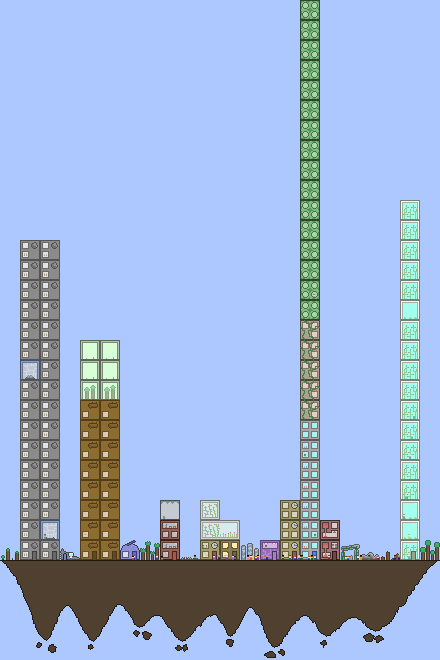 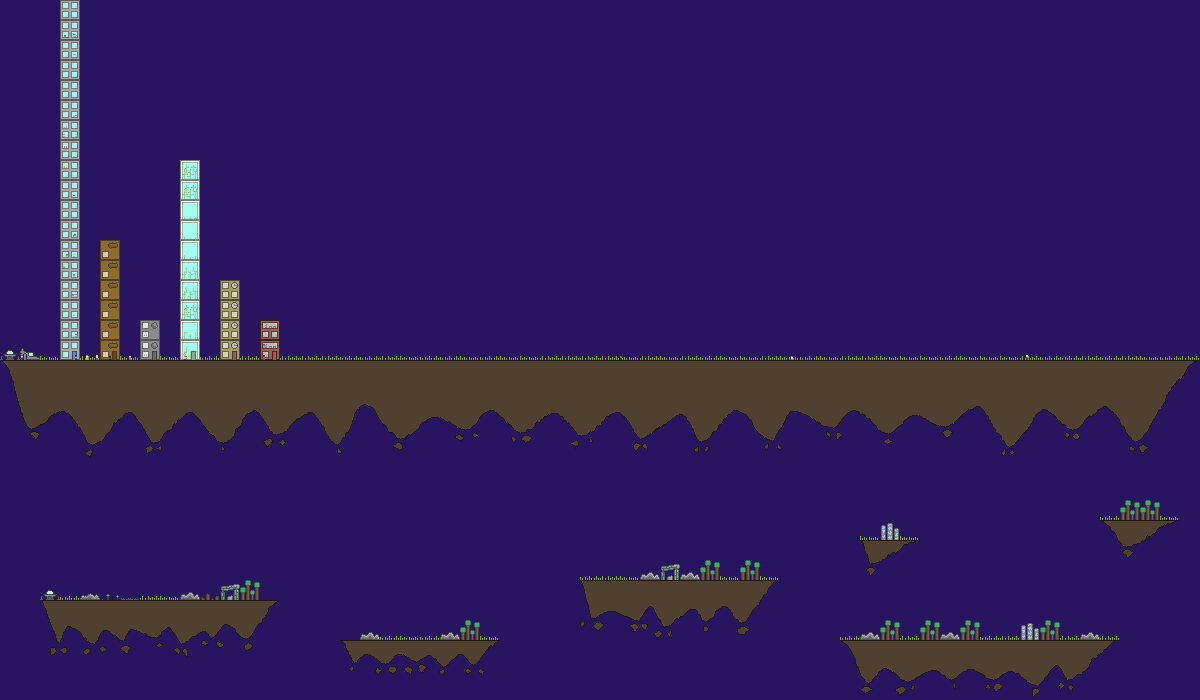 How do I get my happiness to over 50

why do alot of my citizens have really bad education?

you don’t build much schools and libraries

Also,  because I started the world a few years back on coolmathgames, I continued playing on that when I came back and didn't realise you can't get half of the unique buildings :( 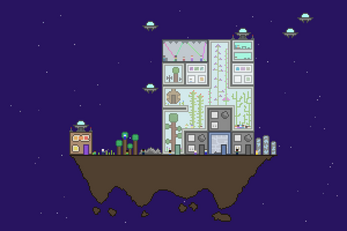 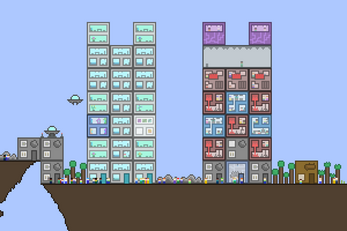 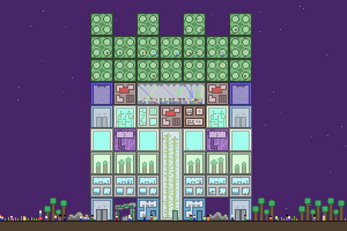